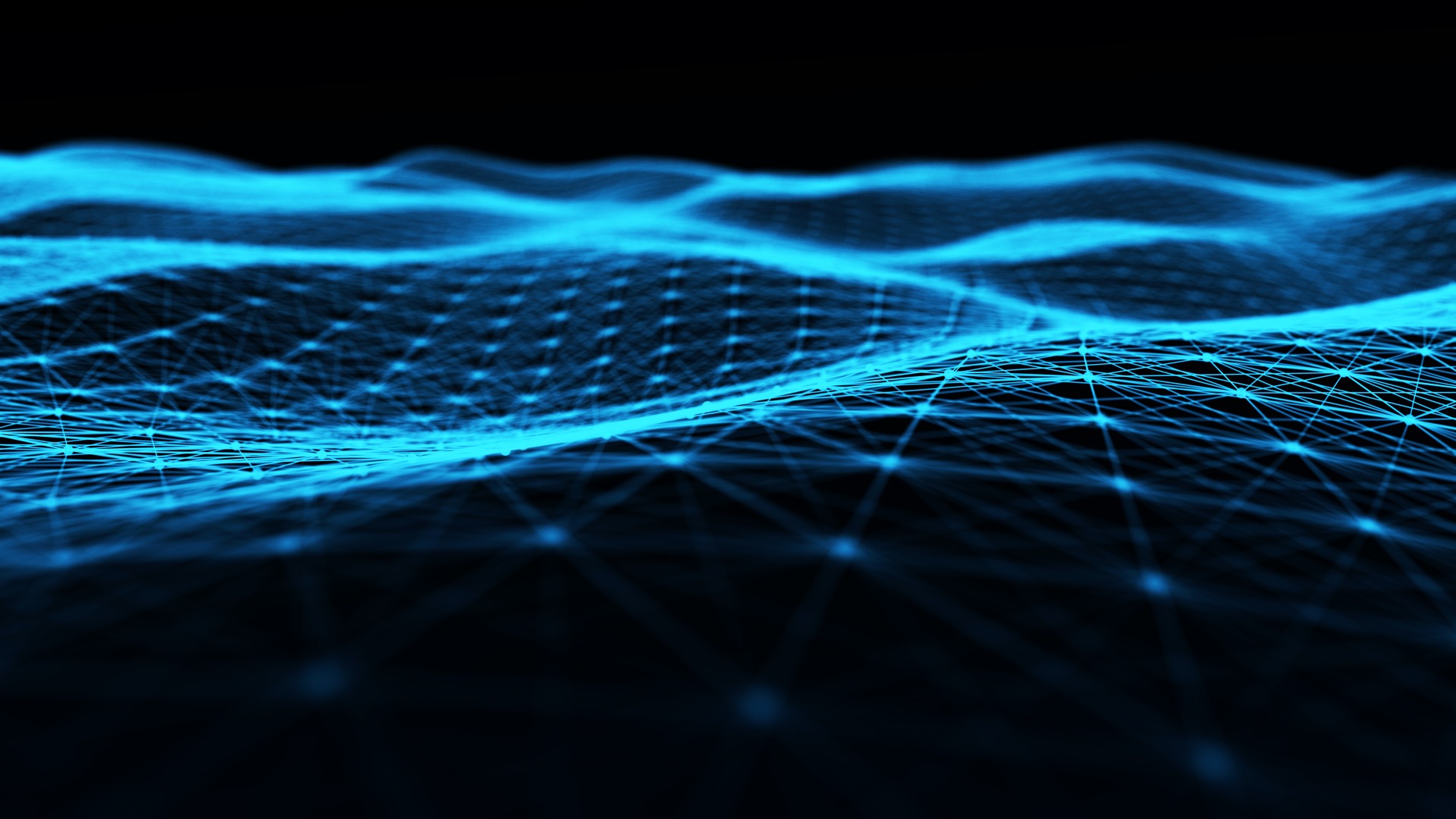 October 23, 2020
At some point in the near future, nearly every object in the home or office will connect to the internet. Connecting everything is an exciting idea, but there are concerns about the impact of radio waves on human health. Some are concerned with 5G operating on a different and higher frequency than previous cellular signals, while others are concerned even with the non-ionizing radiation emitted by electronic devices such as cell phones, microwaves and power lines
Despite concerns with the widespread integration of radiation-emitting devices in our lives, ubiquitous IoT networks are coming. Since there are still significant concerns, it is essential to know that health-conscious IoT networks do exist. One alternative that is already operating in IoT networks around the world is Bluetooth Mesh.
Bluetooth Mesh is a distributed network that is made for use in IoT networks, and is well-suited for health-conscious users. Bluetooth operates on the 2.4 GHz frequency band, while 5G operates on bands below 6 GHz and above 24.25 GHz. While cell signals can pass through concrete walls and humans easily, Bluetooth Mesh waves cannot, therefore alleviating the risk of atomic decay in humans. In a set of experiments conducted in our office, we found that we could completely block Bluetooth signals by covering a device with our hands, showing that the signal could not pass through a human hand (results shown in images below), validating Bluetooth’s stance of non-penetrative and weaker waves.

The blue bars in the images above depict Bluetooth’s connection strength in decibel milliwatts over its various ports with a hand covering the device (left) contrasted to the connection strength when there is no hand covering device (right). The green bars represent WiFi’s connection, which penetrate the hand placed over the device
Bluetooth Mesh keeps energy and power use low through Bluetooth Low Energy (BLE). For ten messages per day, Bluetooth generally uses 50 microwatts,5 while WiFi typically requires up to 500 microwatts. BubblyNet’s low power nodes, which employ BLE, use as little as 5 microwatts under typical conditions. In part, this difference in energy use is because WiFi systems are centralized and so signals must be powerful enough to reach every device, while Bluetooth Mesh networks instead relay messages between devices, allowing for individual messages to be very weak while still easily reaching the next node. Additionally, BLE devices frequently go on standby, markedly reducing energy spend.
One issue that can come from such relay networks is “over-broadcasting,” where one message is broadcasted to each node several times by several other nodes. However, Bluetooth Mesh systems automatically reduce over-broadcasting, which helps decrease energy usage and lower radio wave pollution. 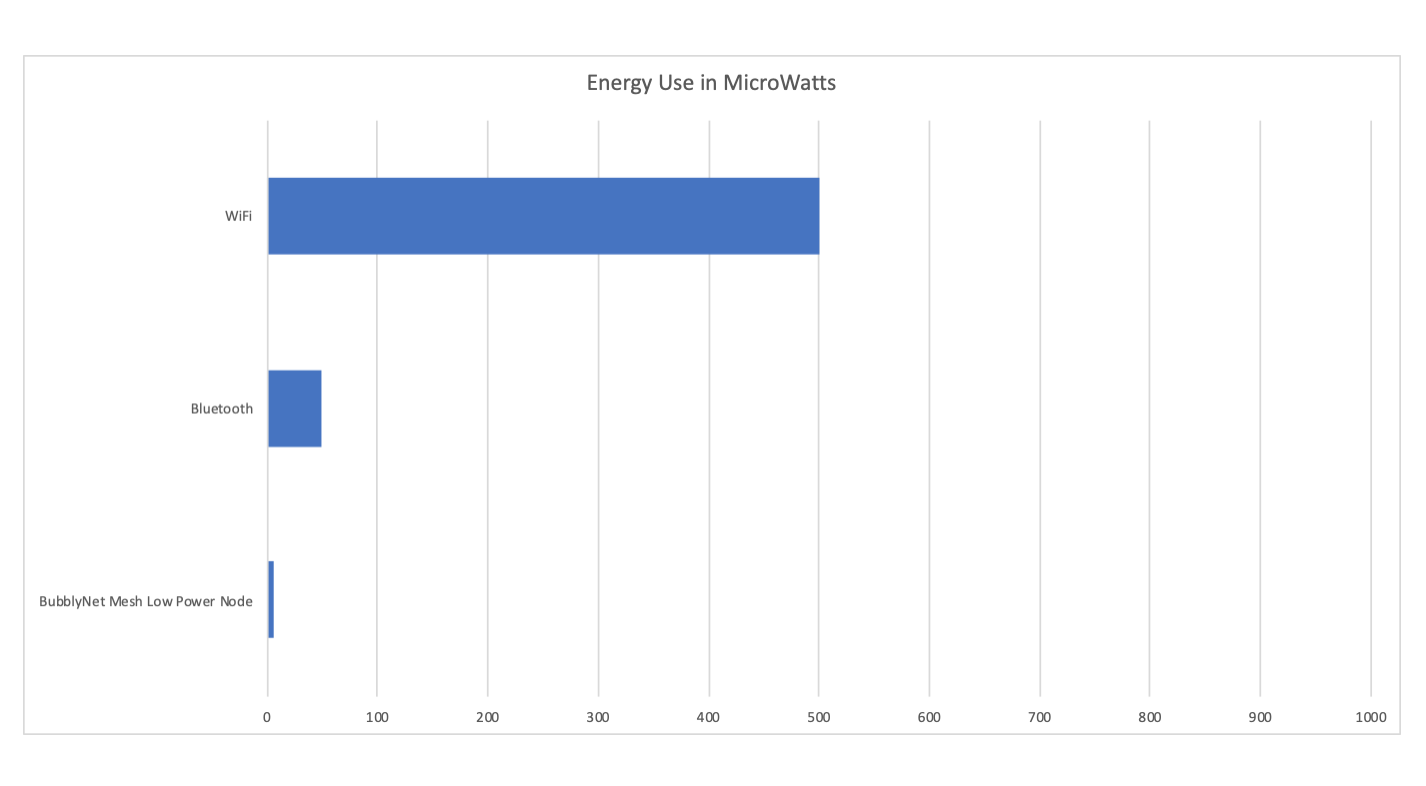 Further reductions in energy usage and radioactive wave pollution are also possible through the BubblyNet app, such as by manually reducing the number of hops that a block of data takes after being transmitted.
Due to its efficiency, BLE-based Mesh networks, like BubblyNet, are environmentally and health conscious, and an excellent choice for both green architecture projects and human wellbeing. To explore how BubblyNet’s Bluetooth Mesh building automation systems can help move your company into a new era of convenience while also being a healthier wireless solution, click here.